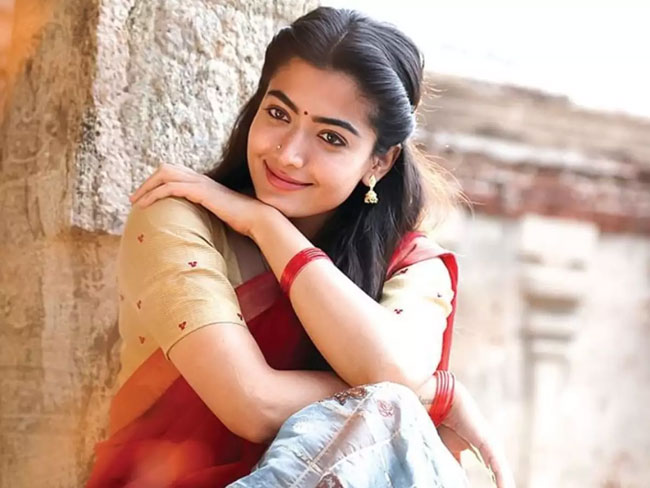 Kannada girl Rashmika Mandanna became a star heroine within a short time. After becoming successful in Telugu and Karnataka, she is testing her luck in Bollywood right now. Along with the pan-Indian flick ‘Pushpa’, she working alongside Siddharth Malhotra in ‘Mission Majnu’ and ‘Goodbye’ which has Amitabh Bachchan in the lead.

Rashmika is staying mostly in Mumbai these days as it is where most of her work is happening. With a couple of interesting projects from Telugu and Hindi in her hand, Rashmika revealed an interesting fact which surprised many. When she was asked about who she wants to play if she were to do a biopic, Rashmika instantly picked Soundarya. The late star actress will remain in the hearts of the South Indian audience with her wonderful performances and beautiful looks.

Talking about it, Rashmika said, “Before I got into the industry, my dad used to always say that I resemble actress Soundarya. I like the amount of work she did and I would want to do a biopic on her.” Rashmika is a decent actress and if the biopic gets done, we need to see if she does it or not.

After making her debut with ‘Kirik Party’, Rashmika acted with big stars in Kannada before making her entry in Telugu with ‘Chalo’. She went onto act in hit films like ‘Devadas’, ‘Bheeshma’, ‘Sarileru Neekevvaru’, ‘Geetha Govindham’ and others.