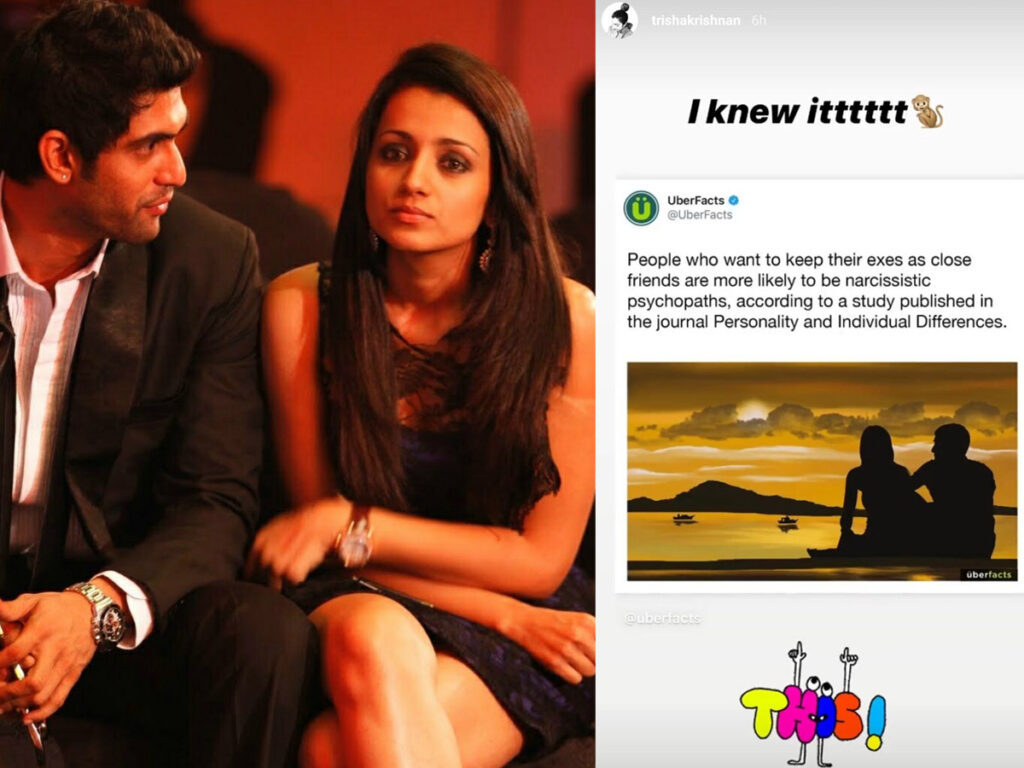 Not all breakups are messy, some end with cryptic tweets and face-offs, while some get ugly with washing dirty linens on social media. The latest insta story from Trisha appears to be one of those ‘cryptic’ post intended to Rana Daggubati. Trisha deleted the post but the netizens who had seen it feel so.

The post Trisha shared read, “People who keep the exes as close friends are more likely to be Narcissistic Psychopaths”.

It is not a secret that Rana and Trisha dated each other and parted ways for reasons known to them, but they remained friends. Even in the recent past during the Lockdown, Trisha shared a picture from their stay at home video call. It was evident that both of them were very close as friends.

Rana Daggubati recently got engaged to Miheeka Bajaj and days after that comes a tweet from Trisha, which completely looks an intended one to Rana Daggubati, who was once her boyfriend and now a close friend. The netizens have been analyzing the tweet from Trisha and the actress deleted the post. But the screenshots are all over and obviously, Rana won’t be reacting on it.