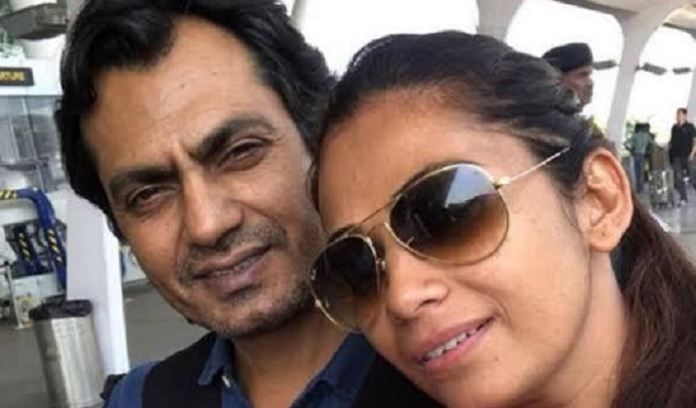 Recently Nawazuddin Siddiqui’s wife, Aliya reprimanded him by sending a legal notice demanding a divorce and urging maintenance broke out. The incident was appalling for everyone as it was absolutely unexpected. Aliya’s advocate reported the news and disclosed that they had sent the divorce notice via email and WhatsApp as well.

The postal service wasn’t available owing to the consistent lock down for two consecutive months and hence they opted the digital means. Currently, as per the report, Nawazuddin Siddiqui is clueless and yet to reply to the legal notice for her claims as well as demands. Responding to the same, the actor’s lawyer said they will gradually plan for the action only after the things bounce back to normalcy.

Aliya Siddiqui has revealed some not so well known complaints on the actor. “Although He (Nawaz) had never raised his hands on me, the shouting and never ending arguments had become unbearable.”

She continued claiming that his family along with mother, brother and sister in law has mentally and physically tormented her a lot. His brother Shamas did manhandling too. she said she endured the pain for several years and after four divorces in the familial history its now the fifth one in her case.

Soon after the rumour mongers spread false news bout Aliya’s dating, she took to twitter to clear the air that she is in no relationship with any man as depicted by media and refuted the reports by saying, truth cannot be manipulated.

She tweeted “I am now learning to stand up and speak for myself, be strong for the sake of my children”. She proclaimed that her self respect was lost and always felt alone. Now she reconsider changing her name back to original name Anjana Kishor Pandey, which seems like Aliya has no patch up plan on the cards.