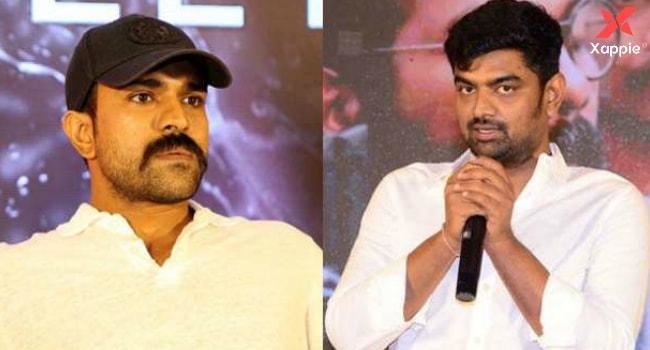 Mega Power Star Ram Charan is playing the role of Alluri Seeta Ramaraju in the movie RRR which is being directed by SS Rajamouli. It is known that Tarak is also a part of the movie in which he is playing Komaram Bheem. With the names involved expectations on this movie are already sky high. With the corona virus outbreak, shooting got delayed and in turn the film is missing the release date January 8th, 2021.

While Tarak has announced his next movie, Charan hasn’t made it official. Few weeks back there are speculations that Jersey director Gautham Tinnanuri, who is now remaking the same film in Hindi with Shahid Kapoor in the lead will be directing Ram Charan’s next. Apparently it is said that Charan is mightily impressed with the script and narration of Gautham.

However the director has now cleared the air. He revealed that nothing of such sort is happening any time soon. Though Charan is impressed with Gautham’s ideas nothing is concrete yet and no collaborations were made. So still it is open for directors to approach Charan for his next.