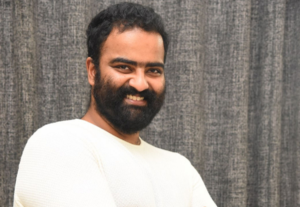 MM Keeravani’s elder son Kaala Bhairava, who made his debut as music composer with Mathuvadalaraa, is happening in Tollywood right now. With a compelling background score, Kaala Bhairava has turned heads of many in industry. He got critics appreciation for his work in his debut film though the film doesn’t feature songs.

Now, several new-age filmmakers are after Kaala Bhairava. Nearly four films are in pipeline for this young musician. While he has already signed a couple of films, couple of other movies are in discussion stage. All seem to be coming in his way in short time.

It is very rare that the musician’s descendants make mark and establish in the same field. Ilaiyaraaja’s son Yuvan Shankar Raaja and Mani Sharma’s son Sagar Mahathi, Rajamani’s son Achu Rajamani have entered and made their mark. Now in Telugu, Keeravani’s son Kaala Bhairava has joined the bandwagon. Keeravani must be a happy and proud father for Kaala Bhairava’s success and spree of offers.